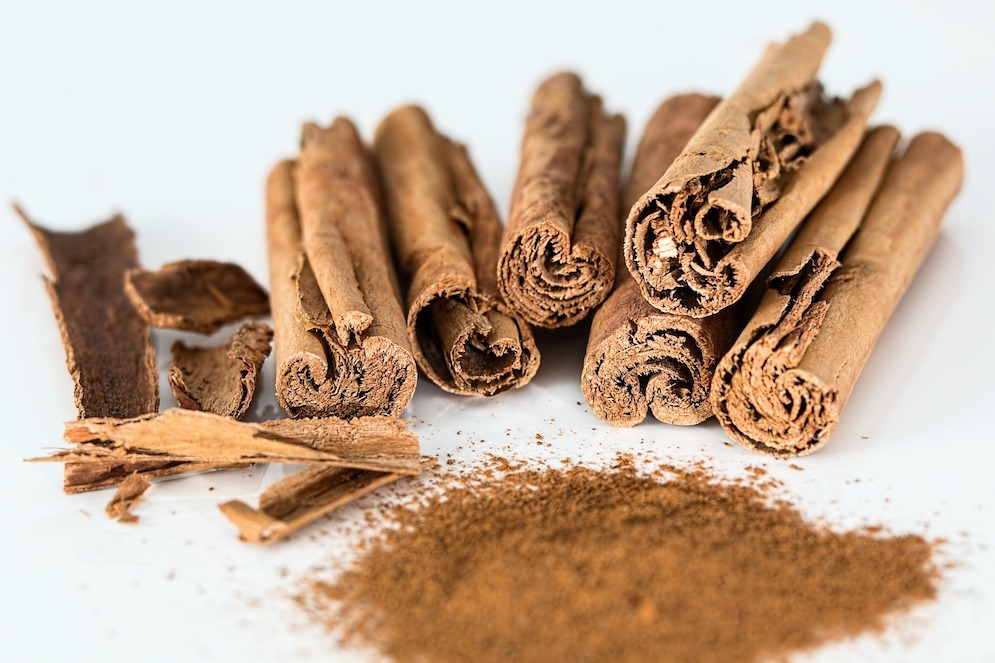 For centuries, Chinese, Egyptian, and Ayurvedic medicine have used cinnamon for its warming effects and healing properties. While many people think of it as an ingredient in desserts, cinnamon is actually chock-full of several amazing health benefits.

Some of Cinnamon’s Many Benefits

•Arthritis relief — Combined with honey, cinnamon can provide relief of arthritis discomfort in as little as one week.

•Anti-blood clotting — contains cinnamaldehyde, a substance which works to inhibit blood platelets from conglomerating, and is therefore also good for blood circulation.

•Anti-cancer — According to the University of Texas and USDA Maryland studies, cinnamon reduced the proliferation of lymphoma and leukemia cells.

•Blood sugar regulation — helps to normalize blood sugar levels, by improving the body’s ability to respond to insulin. Recommended by the American Diabetes Association as helpful in treatment for Type II diabetes.

•Excellent source of manganese, calcium, and iron — far too many diets are mineral-deficient, so every little bit helps.

Ceylon vs Cassia — Which to Choose?

On the market, there are two types of cinnamon generally available: Ceylon, also known as “true” cinnamon; and Cassia, the more common variety and what most people know.

Both types are rich in cinnamon’s health benefits, but Cassia also has significant levels of a compound called coumarin, which can be harmful in large doses (over 1-2 tablespoons per day). It’s, therefore, best to stick to Ceylon or limit your intake of Cassia.

The best way to get your intake is pairing it with food. It works very well in conjunction with ginger and other warming foods, lemon and other citrus fruit, and honey. Cinnamon works in many savory, as well as sweet dishes.

Try some in your morning oatmeal, curried dishes, black beans or lentils. Cinnamon adds a great dimension of flavor to a variety of dishes, and experimentation is the best way to find your preference. In no time, you will find what works best for you.